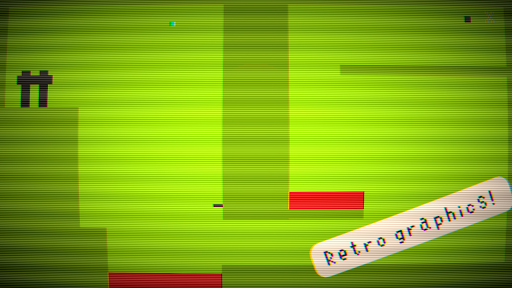 The Retro Pixel is lost, bounce through over 80 unique, handcrafted and challenging levels to help it home!

Play through the classic game mode and complete every level or compete on the leaderboards in the time trials mode!

No in-app purchases, ever. No ads, ever.
Just pure retro platforming!

Warning: This game is very difficult!
App size reduced by 50% 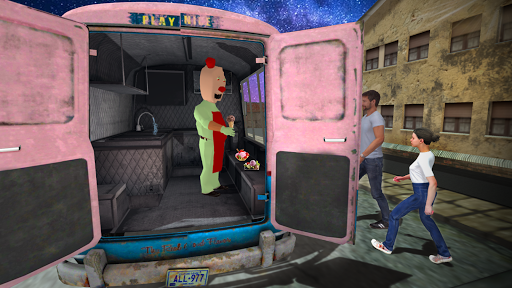 Do you feel bored and want to have some fun? Well, you’re in luck. Because we present to you “Baldi ice cream man 3d – new scary neighbor game” – the best horror game in town. Experience the thrilling adventure in one of the scariest horror games of 2020 and reveal the true identity of the ice scream man. Are you ready to face the true evil – the scary neighbor? Will you be able to solve all the puzzles that are waiting for you on the path to escape in the numerous challenging and exciting missions? Well, let’s see if you have what it takes to be up against the scary ice cream man and go through all the hard quests in order to survive through the night!

Scary adventures, amazing times and hours of fun are waiting for you in this scary mod game. You are trapped in the house and you don’t have much time so hurry up before the ice cream man hears you. You have multiple items all around the house that can help you escape and open the locked door.

Run for your life. This game is harder than you think. Scary adventure is about to begin so try not to scream. This game is scary and fun at the same time.

This terrifying ice cream man seems to be very friendly towards kids; however, he has an evil plan, and you need to find out what it is he wants, but be careful not to be spotted. All you know is that he takes them into the ice cream van, but you don’t know where they go after that.

Can you solve the mystery of the scary ice cream man and find out what’s going on in this crazy neighborhood?

FEATURES:
★ Move to different scenarios with the van and discover all its secrets.
★ Recommended to play with headphones for a better experience.
★ Suitable for all audiences.
★ Highly detailed scary characters.
★ Amazing scary sounds.
★ Smooth and easy controls.
★ Addictive gameplay.
★ Scary ambience with realistic 3D graphics.
★ Suspicious and horror activities.
★ Unique and exciting challenges 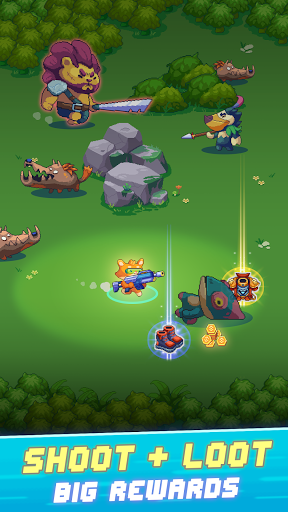 Welcome to the Lost Lands!
A fantasy world full of mysteries and dangers awaits!
You are a Wild Gunner, a special force who, unfortunately, or lucky, was transported through a strange gate and arrived alone in this world.
Fight your way out! Look for your companions! Save the New World and Rides to Victory!

🎮 Features 🎮
– Tons of Guns and types of equipment to collect and build to your play style
– A true Roguelike experience with tons of random and unique powerups to mix-and-match
– Perma-Death system with Talent upgrades, start each shooting round fresh, but stronger!
– Explore and Discover breathtaking worlds created carefully by each pixel
– Easy to control and play, just move and let your character do the shooting!
– Level up! Upgrade your Talents! Perfect your Gear! And crash through hundreds of enemies standing before you!

Thank you for playing our game, don’t hesitates to leave your feedback!
– 1st closed alpha test 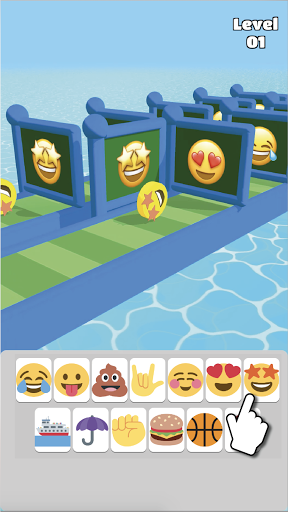 The most amazing runner game ever!
Choose the right emojis to make your way and beat your enemies. 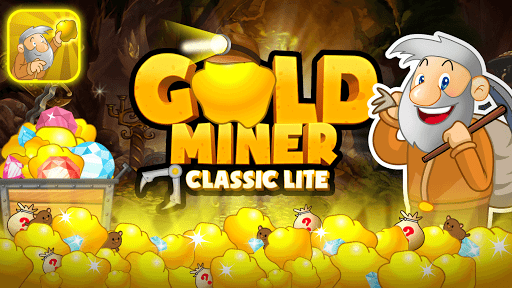 Gold, diamonds, and dynamite? That’s right, you’re a gold miner and it’s your job to mine as much gold as you can and come out with the most money. Are you ready?

This is a very lightweight and smooth version of Gold Miner classic game
❤️ Thank you for playing our game. Please rate us a motivated review.
We regularly update the game to make it better!!! ❤️ 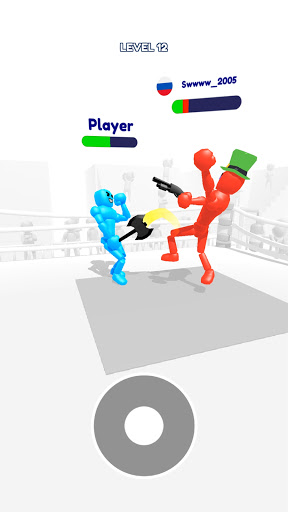 Stickman Ragdoll Fighter is an addictive fighting game! Beat ‘em all in realistic fights and enjoy the engaging gameplay. Get ready for the battle, improve your fighting skills and defeat the enemies in fights for survival!

If you’re looking for a supreme stickman fighting game, then Stickman Ragdoll Fighter is for you! In this action game controls are quite simple – use the joystick to manage your hero and tap on the screen to hit your opponent. Collect epic loot during the stickman battle and decrease the level of the enemies’ HP in one shot.

Become the most powerful superhero in stickman battle game!

So, are you strong enough to be the best stickman warrior in Stickman Ragdoll Fighter? Download the game now and stick to the battle! 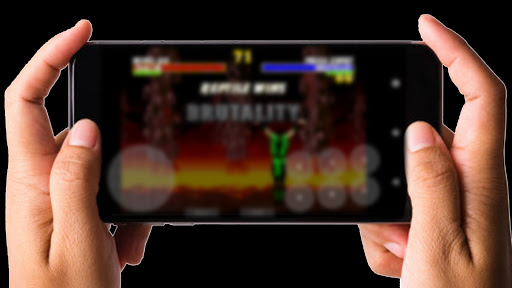 Old video games from childhood are back on your phones and tablets. The emulator of retro games has collected only the best of them. If you spent hours at the old consoles, our application is exactly what you need. Now only you will control your time in front of the screen, you don’t have to listen to your parents 🙂

Everybody has days when they are tired of popular games for android and you understand that there is nothing to play especially. Modern games have excellent graphics, but the plot suffers. There is a soul in retro arcade games and this is exactly what made you spent a lot of time behind them and go through more than once.

In 2113, the zombie apocalypse has thrown humanity into the most horrible disaster, a tremendous Zombie War, which turned human beings into bloodthirsty zombies. By fighting against endless waves of zombie attack, you, along with a hero squad, are the light in those darkest days. Your mission? Keeping the civilization safe by building the last shelter as strong as possible, boosting heavy weapons, and assembling a legendary hero team.

In Zombie War – Idle Defense Game, the rush of the creeps has never been so cruel, these battles will leave you unforgettable impressions. There’re several maps full-filling with varieties of zombie. Each level contains several waves of the walking deads with a very high pace, which challenges your training and strategic skills. To be the greatest defender hero in this defender battle, your mission is to defeat these brutal zombies in order to prevent the zombie infection. Don’t forget to build a strong team such as zombie army, zombie slayer, zombie seige, zombie strike, zombie defender hero… whatever make you the most resilient squad to win this strategic idle defense shooting TD game. Having the thoughtful gameplay, this game is the perfect combination of the genres TD, AFK, PVZ, IDLE, DEFENSE, SHOOTING game.
Will you survive till the very end of the zombie war? Join our free idle defense game to find out!

🕹 HOW TO PLAY 🕹
– Idle defending with auto mode, tap the zombie to change the shooting direction or control it manually by turning auto mode off.
– Drag the add-on grenades to the enemy zone to slay them.
– Upgrade weapons, heroes, and your turret to build a stronger team.
– Complete mission to collect more coins and gems.

Survive to the very end of tremendous zombie war and give hope to build a new world! 🌏

You can hunt zombies and be a city king.
👍Defend against the zombie army
An exciting, incredibly dynamic and terribly atmospheric strategy game with RPG elements that give you hours of real pleasure, and allows you to enjoy thoughtful gameplay. In Zombie IDLE Defense, you will go to a post-apocalyptic world where most of the world’s population has turned into ferocious zombies. You, along with a group of survivors, will have to defend themselves against the endless waves of the enemy.

👍Addictive from the very first minutes
Take a defensive position, choose the proper weapons for your heroes and get ready to meet with the inexorable enemy. Each level will contain several waves of attacks from zombies, each next wave will be a serious test of your training and strategic skills, can you withstand the onslaught of the last bosses? A large arsenal of weapons, several types of zombies, a high pace of the game, as well as exciting gameplay – all this you will find in Zombie IDLE Defense!

Collect all weapons and become the best zombie killer in Zombie IDLE Defense. 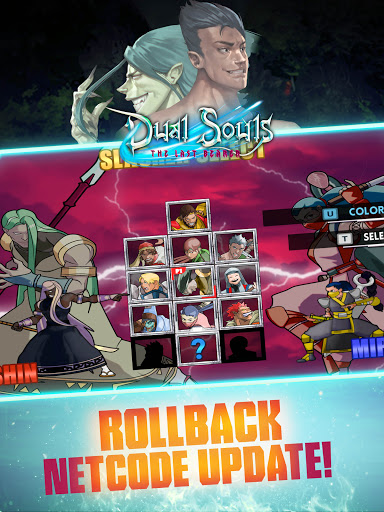 With fluid animations and colorful graphics, Dual Souls is a highly tactical game with multiple unique fighters, each with their own fighting styles and moves. The game also comes stacked with an array of awesome features: