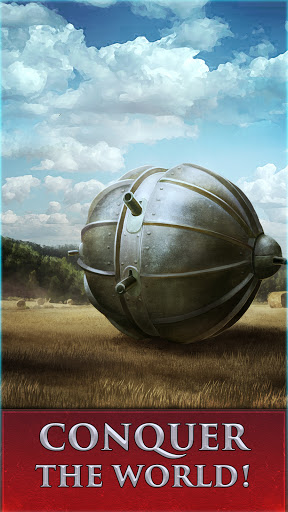 1919 – “The Great War” continues. Europe has been trapped in a fierce fight over dominance. Countless inventions and technological advancements lead to Mechs roaming the battlefields. Use of electric energy surged and supercharged units were fighting at the fronts. Mechanical warfare is slowly taking over while soldiers become mere bystanders when massive Mechanized Tanks collect their iron harvest.

This is your chance to make your mark on battle-torn Europe. Enter an accelerated race driving technology to levels the early 20th century has never seen. In Multiplayer matches with up to 32 players you are asked to plan your strategy wisely and lead your nation to victory!

Matches run in real-time on World Maps based on World War 1 scenarios and beyond. Nations are split in smaller provinces with unique properties that influence resource production or terrain types. The goal is to take over the majority of the map. To achieve your target, you have full control over your nation’s economic developments, technological research, military advancements and diplomatic relations with other players. Work together, against each other and never trust your alliance fully – when power is in reach, everyone becomes an enemy. Will you still let your people fight with Scythes or plan ahead and join the revolution?

Build your strategy around fantastical and historical units of the era!

► Long Term Strategy in Real Time
► Weaponry based on popular Dieselpunk, Teslapunk and Steampunk ideals
► Play with up to 32 players per match
► A wide variety of traditional World War 1 Units
► Maps based on historical events and beyond
Today’s update allows for longer and bigger country names as we increased the maximum font size of country names on the map. We also changed to conditions as to when a player is marked as defeated. From now on the loss of your last remaining province will result in an immediate defeat so you can no longer have an impact on the game. Last but not least we fixed some bugs.